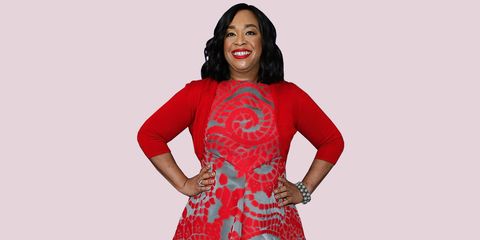 First Lady of television Shonda Rhimes is publishing a book about some "wildly embarrassing" times she's had, which is hard to believe given how cool she looked playing beer pong with Adam Pally on the Mindy Project. But whatever—gimme.

Simon and Schuster announced Tuesday that Year of Yes will focus on the challenge Rhimes once took on to accept any and all invitations, an experience she says she had originally decided to keep to herself.

"Saying yes for an entire year turned out to be one of the most amazing decisions I have ever made," she said in a press release. "It was also a little insane, a lot terrifying and sometimes wildly embarrassing. So this is not a story I ever planned to share with anyone."

YoY will hit shelves November 2015, but you better believe we're preordering it.