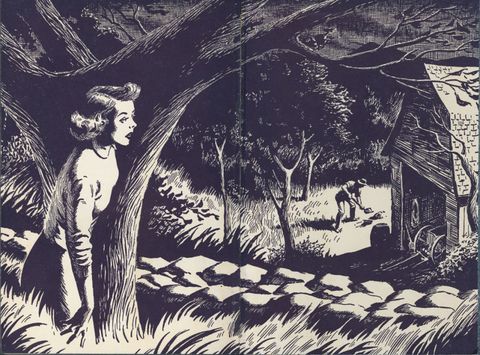 CBS is bringing the world a televised version ofNancy Drew, and in a surprising-but-welcome twist she (probably) won't be white. This makes a pretty big change from what's depicted on the dusty book covers we read as children, and follows a refreshing new trend in Hollywood to re-imagine characters with an emphasis on diversity.

"[Nancy Drew] is diverse, that is the way she is written," CBS' Glenn Geller tells The Hollywood Reporter. "Not caucasian. I'd be open to any ethnicity...We have a lot of new series in development, both series targeted to have full African-American or Latino casts but also many leads that are being developed [as diverse]. We're not casting color blind, we're casting color conscious."

While Nancy Drew has always been a feminist hero (Ruth Bader Ginsburg notes that she's the "dominant person in her relationship"), she's also always been depicted as white—from the '70s-era TV show starring Pamela Sue Martin, to the 2002 TV movie starring Maggie Lawson, to the 2007 film starring Emma Roberts.

CBS's incarnation of Nancy as a woman of color is an exciting move away from an overwhelmingly white-washed world, and comes after news of Noma Dumezweni's casting as Hermoione in Harry Potter and the Cursed Child.

Looks like 2016 might finally be the year Hollywood makes the tangible changes needed to truly be diverse. We'll drink to that.

Mehera Bonner Contributor Mehera Bonner is a news writer who focuses on celebrities and royals—follow her on Instagram.
This content is created and maintained by a third party, and imported onto this page to help users provide their email addresses. You may be able to find more information about this and similar content at piano.io
Advertisement - Continue Reading Below
More From Culture
A Convicted Murderer Has Been on the Run for Years
Taio Kaneta Runs a "Counseling Café" In Japan
Advertisement - Continue Reading Below
Christopher Dansby and Shane Walker Remain Missing
"Jennifer Fairgate" Died Mysteriously In a Hotel
What Happened to Jack Wheeler?
'Unsolved Mysteries' Wants Answers About This Man
50 Pop Groups You Probably Forgot Existed
Holiday Gift Ideas That Won't Cost You a Cent
Tana French's "The Searcher" Is a Masterpiece
Get a Sneak Peek of 'Unsolved Mysteries' Vol. 2