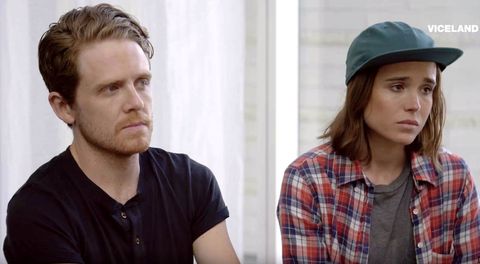 On June 12, Angel Santiago Jr.'s normal night out at a club ended in a way he never could have imagined: taking cover under a sink in the bathroom, gunshot wounds to both his knee and his foot, cowering in fear that he and the 15 other people hiding with him might die.

In a special upcoming episode of the Emmy-nominated Gaycation, Ellen Page and her best friend and co-host Ian Daniel travel to Orlando in the wake of the worst mass shooting in American history to hear firsthand what surviving it was like. It's a highly emotional interview in which Santiago viscerally recounts the sound of bullets spraying Pulse, and the horror of being trapped there.

Page and Daniel also speak with community members and those who lost loved ones in the space where they have often felt the safest: the gay bar.

Watch the moving trailer here, and tune in to Viceland for the full episode on August 24 at 10 p.m. ET.