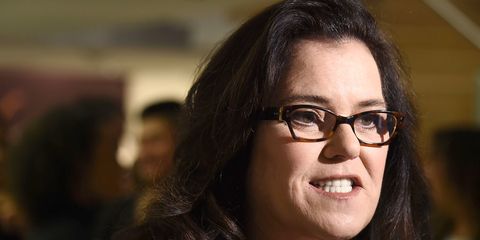 Potentially the only piece of good news for Donald Trump this week: his longtime nemesis Rosie O'Donnell will not play his chief strategist Steve Bannon on Saturday Night Live.

Following Melissa McCarthy's first appearance as White House secretary Sean Spicer, and subsequent reports that seeing women portray his staff made Trump particularly uncomfortable, many suggested that O'Donnell should portray Bannon. O'Donnell fueled the speculation by confirming that she would take the role if it were offered, and changing her Twitter profile picture to a Photoshopped blend of herself and Bannon.

But sadly, that image is as far as it's going to go. "That was the whole impression, the Photoshop—that was it, start to finish," O'Donnell told TMZ. Asked why SNL chose not to have her appear, she replied "Because I'm not in the cast."

Sad times, but at least the Grim Reaper gets to keep his job: