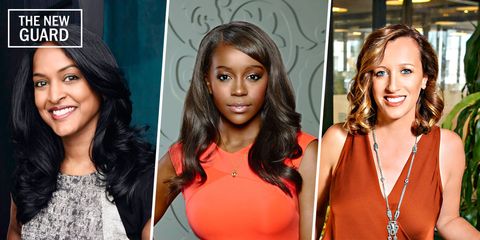 We are in the throes of a revolution. The power paradigm is shifting before our very eyes. Got a sharp voice and a point of view? Your Snapchat account could command as many viewers as a cable-news network. Got a revolutionary idea and some deep-pocketed friends? You could be the genius behind the next SoulCycle or LinkedIn. Got a brilliant concept for a Web series? Whip out that iPhone and start filming, girl.

Power and influence have been untethered from all the traditional metrics: paychecks, office sizes, fancy titles. Today's power brokers are those who can open the doors to opportunity. They know exactly whom to call for financing, support, and talent. In our fourth-annual New Guard list, Marie Claire salutes the next generation of women leveraging their smarts and all-important contacts to build fortunes, upend industries, and even change the world. Remember the names of this badass collective, these 50 powerhouses. Follow them. Connect with them. Then join them. There's always room for one more.

Badass bio: The Stanford biz alum runs a Silicon Valley nonprofit that pairs black and Latino tech talent with jobs at giants like Apple and Google.

Badass bios: Established after George Zimmerman was acquitted in the shooting death of Trayvon Martin in 2013, BLM has become the most important grassroots social-justice movement in recent history.

Next big thing: They want to transform the increasingly influential—and controversial—cause into an actual agent of real and lasting change. Keep an eye on these women.

Bragging rights: Last year, she won Forbes' Change the World Competition—and a $500,000 prize along with it.

Badass bio: The Harvard grad and Elizabeth Warren protégé is the first Asian-American woman to hold the city's second-highest-ranking seat (after the mayor).

MC predicts: The pro-small-business progressive and paid-parental-leave advocate is a favorite for a national seat. Senator Wu, anyone?

Badass bio: The cofounder and cochair of Running Start, which trains young women for political-leadership roles, was also director of an early pro–Hillary Clinton super PAC and the president of WUFPAC (Women Under Forty PoliticalAction Committee).

Badass bio: The prominent writer on race—she accompanied President Barack Obama on Air Force One during his historic visit to Selma, Alabama, last year—was snapped up by Team Hillary for digital outreach.

Bragging rights: The creator of the viral #RapeCultureIsWhen hashtag appeared onstage with Lady Gaga during the singer's emotional Oscars performance earlier this year.

Social network: The niece of longtime Clinton ally Terry McAuliffe (Virginia governor and past DNC chief) helps run operations for Clinton's sprawling campaign, which employs more than 500 people around the U.S. Career highlights: She cut her teeth on the Democratic convention committee during the 2008 election, and later reported to Anne-Marie Slaughter when she served then–Secretary of State HRC.

MC predicts: As the media liaison to one of the most powerful men in America, she's clearly a top-round pick for the GOP's White House contender in 2020. (Hey, four years goes by fast.)

Clutch play: Ask her about the plan B she reportedly masterminded in the event Trump's Republican Convention was contested.

Badass bio: A pioneer of the so-called Maker Movement, she's the brain trust behind littleBits—kits of plastic doodads embedded with circuits that snap together—hailed as Lego 2.0, the ultimate toy for tech-savvy Generation Z.

Bragging rights: Last year, the MIT grad and TED Senior Fellow raised $44 million in funding, for a total of $60 million so far.

Badass bio: Her Los Angeles–area juice outposts—three so far—are a mainstay of wellness-obsessed celebs like Gwyneth Paltrow and Shailene Woodley.

Next big thing: Beauty, of course! Moon Juice skincare lines are already available at Saks and on Net-a-Porter.

Badass bio: The serial entrepreneur and prestigious Y Combinator alum founded this ultra-buzzy gadget-rental startup, which now boasts arguably the largest fleet of drones in the country. Among her investors: Wellness magnate Arianna Huffington (not too shabby!).

The One to Watch: Libby Leffler

Badass bio: She served as consigliere to Facebook's Sheryl Sandberg (her title: lead to the COO) before overseeing high-profile media partnerships, including deals with the White House and UN. Leffler is currently making her mark as HBS student- body copresident.

MC predicts: Watch the big names line up to recruit her after graduation.

31, Cofounder and CEO, The Muse

Badass bio: After getting her start as a consultant at McKinsey & Company, she launched her Millennial-focused career-development and job site, The Muse, five years ago with Alexandra Cavoulacos; in June, she raised another $16 million in funding, bringing the total to $29 million.

To-do list: She has penned columns for the Harvard Business Review and The Wall Street Journal.

Badass bio: The former Moscow-based contributor for The New Yorker now boasts a column in Foreign Policy and regular pieces in The New York Times Magazine and Politico.

Recent headlines: Though the Fulbright Scholar has written extensively about Edward Snowden and Vladimir Putin, her recent GQ profile of Melania Trump made her one of Team Trump's most viciously attacked media targets.

Badass bio: The prolific blogger (Awesomely Luvvie, Awesomely Techie) and Shonda Rhimes fave has a massive "LuvvNation" following that earned her deals with BET and McDonald's.

MC predicts: How long before her LOL literary debut, I'm Judging You: The Do-Better Manual, gets picked up for TV?

Badass bios: The duo behind Another Round, Buzzfeed's critically acclaimed podcast (named year's best by iTunes, The Atlantic, and Slate) are the ultimate pit stop for culture A-listers like Hamilton creator Lin-Manuel Miranda, author Ta-Nehisi Coates, and, NBD, Hillary Clinton (in a juicy exclusive back in October).

Social network: The Twitter bold-facers have an impressive fan base that includes Ava DuVernay and Melissa Harris-Perry.

30, Correspondent and Producer, Vice on HBO

Badass bio: The intrepid war-zone reporter is the face of the renegade media outlet's presence on HBO, logging reports on women's rights from Afghanistan, rape in the Democratic Republic of Congo, and GMO crops in Paraguay.

Recent headlines: In April, an Afghani lawmaker threatened to have her raped in response to intense questioning about women's rights.

Bragging rights: Around the time she joined Marvel seven years ago, there was not a single female-led title. Today, there are more than 20. Kapow!

Next big thing: With rapper Common, the former writer's assistant to Girls producer Jenni Konner wrote and produced The Chi, a gritty pilot for Showtime about inner-city Chicago. (DVR alert!)

36, Head of Drama and Comedy, ShondaLand

Badass bio: Since 2013, she's been the trusted development executive to ABC's übershowrunners Shonda Rhimes and Betsy Beers (Grey's Anatomy, Scandal, How to Get Away With Murder). Next big thing: She's working on an untitled ShondaLand drama based on Romeo and Juliet. (We're in!)

Badass bio: The rising star, who started out as a William Morris assistant, has shepherded hits like The Mindy Project, New Girl, and The Last Man On Earth.

Next big thing: In the live-action and animated hybrid sitcom Son of Zorn, a barbarian-like warrior (voiced by Jason Sudeikis) returns to Orange County, California, to win back the affections of his ex and son.

Badass bio: The former accountant who founded the must- read celebrity-gossip Instagram account has her sights on an empire, with a team of over 20, including eight writers.

Social network: Nicki Minaj, 50 Cent, and the Kardashians are all fans of The Shade Room.

Badass bio: This self-proclaimed Manhattan stylist is the brains behind the @beigecardigan Instagram handle, with 2.5 million followers, including Cara Delevingne, Ellie Goulding, and Tove Lo.

Badass bio: Social media's bacchanal babe boasts more than 300,000 followers on Snapchat who obsessively track her moves daily as she lives out her #NeverNotWorking motto leading a digital marketing agency that boasts an all female team. With clients like Vevo & Red Bull, their very own radio station on the Dash App & stake in start ups like Muzik headphones, these ladies are a force to be reckoned with.

Next big thing: Julz has just launched two new ventures, 1 AM Ent & The Little Rascals Foundation. Keep your eyes and ears out for her collaboration with Puma, the YesJulz! marketing agency, and a branded station on Dash Radio.

Badass bios: The marketing executives (Fredrickson at Ann Taylor and Equinox, Crowley at Clinique and Bobbi Brown) introduced their mini "right- size" cosmetics line last year with $1.5 million in funding from the likes of Jason Calacanis and Gary Vaynerchuk.

Badass bios: The ex-ballet dancers captured the zeitgeist when they launched their luxe athleisure site in 2013, now a go-to for the fit and fabulous.

Badass bio: The full-figured stunner and outspoken body-positivity activist has graced the cover of this year's Sports Illustrated swimsuit issue and launched a swim line.

Badass bio: The designer has a rep for thinking ahead: She ditched the runway to show her spring 2016 collection via a shoppable Instagram campaign, and most recently, her fall 2016 collection on Snapchat.

Badass bios: The sisters (pictured with their mom) may be the busiest siblings since the Ks of Hollywood: When not hosting her Sirius radio show or producing Broadway shows, Randi shepherds the TV adaptation of Dot, her kiddie netiquette book, in collaboration with Sprout and Jim Henson; Donna's a Silicon Valley–based classics Ph.D. who sometimes blogs for Jezebel and edits online classics journal Eidolon; and Arielle is a partner at the gilded VC firm Kleiner Perkins Caufield and Byers. Bragging rights: Mark who?

MC predicts: Her newest podcast, Sooo Many White Guys, is coproduced by Broad City star Ilana Glazer. Who do we social-media stalk to get this woman her own show already?

Badass bio: Google's top hacker (she came up with the title) oversees 150-plus "white hats" and engineers on a mission to find and fix security holes in the Chrome browser.

Bragging rights: She's responsible for killer collabs with everyone from the White House to Lin-Manuel Miranda. (She was a Hamilton backstage regular!)

Bragging rights: She's the head of the Investment Committee for The Women's Building, the first women-owned and -operated community center, in San Francisco.

Badass bio: The NOLA-born, NYC-based bohemian style star and scenester has an Instagram following of 158,000 for her empowering and poetic posts.

Badass bio: Hired in 2012 by The Daily Show, Williams was 22 and the youngest correspondent to ever work there. Now, she's working on her own scripted series for Comedy Central, which she'll both write (alongside stand-up comedian Naomi Ekperigin) and star in. The character? A journalist. (We wonder where the inspiration came from...)

Next up: See her with Jennifer Aniston and Jason Bateman in December's Office Christmas Party.

Next up: She sizzles as a spy undercover in suburbia in this fall's Keeping Up with the Joneses, opposite Jon Hamm and Isla Fisher.

Badass bio: The How to Get Away With Murder costar makes her big-screen debut in the super-buzzy The Birth of a Nation.

Editor's note: Rachel Sklar is an adviser at Lumoid and The Muse.

This feature is in the November issue of Marie Claire, on newsstands November 18. 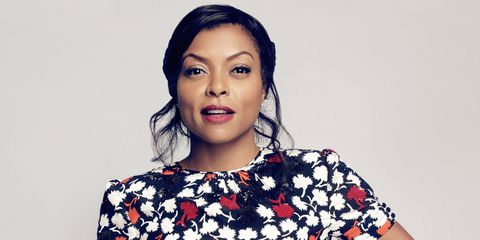 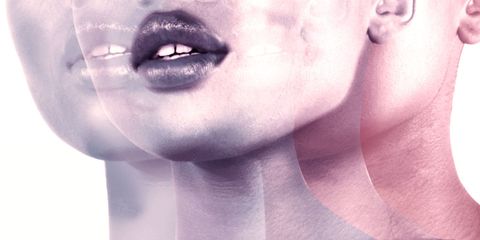 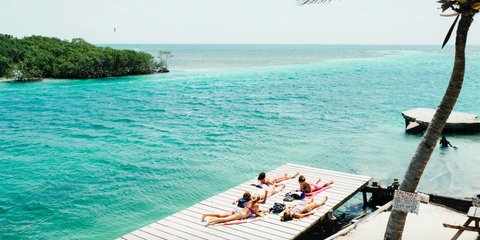 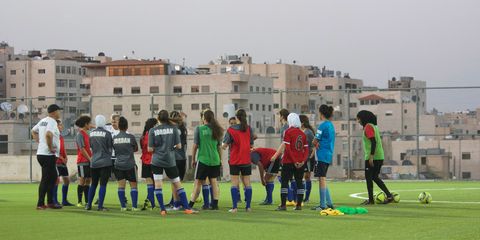 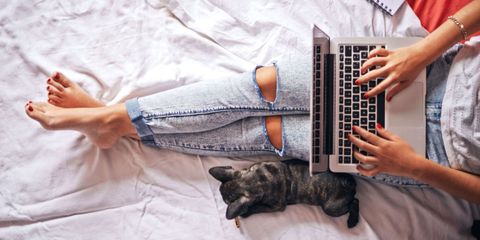 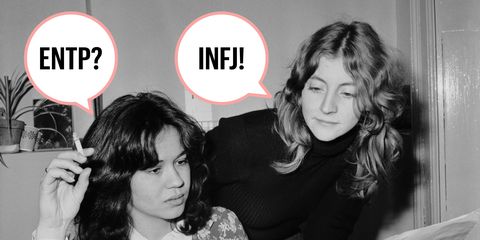 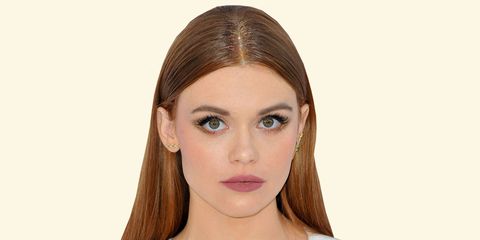 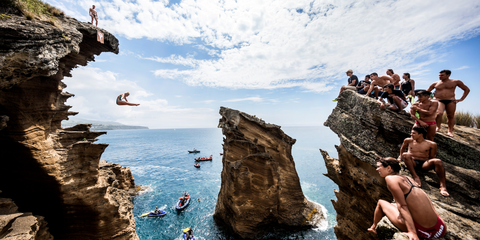