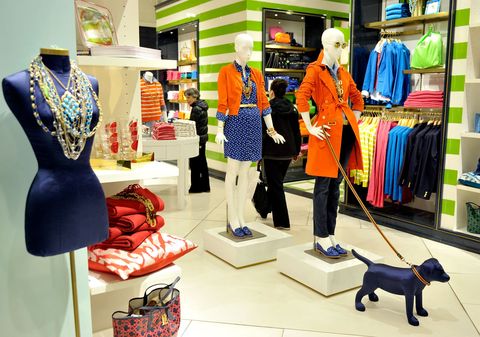 After weathering financial struggles and legal battles, fashion retailer C. Wonder will close all of its stores, the company confirmed today. The brand, which sold preppy styles and monogrammed home goods, will shutter its remaining 11 stores—and its website—within the next few weeks.

"Due to the highly competitive nature of the current retail environment, C. Wonder will be closing its remaining stores," company spokesperson Daniela Maron told Forbes. "The company continues to evaluate its best alternative to maintain the C. Wonder experience for its customers."

According to BuzzFeed, which first reported the news, the brand had a town hall meeting yesterday morning, and that's when executives told staff members the company would shut down. At the meeting, executives said they did everything they could to turn things around, including cutting costs, but nothing they did could save C. Wonder.

Sadly, the whole enterprise was a bit of a flash in the pan—it was founded in 2011 by billionaire venture capitalist Chris Burch, ex-husband of fashion designer Tory Burch, after the two divorced. His stores were quickly considered "revenge retail," as they sold similar items to Tory Burch, but at cheaper prices. The company was even rumored to have opened one location near Tory's hair salon just so she would see it.

Chris Burch still has a variety of investments in companies like Jawbone, Voss, and BaubleBar, and is starting a lifestyle line with Ellen DeGeneres through his firm, Burch Creative Capital. So we have a feeling he'll be fine—though we're hoping he stays out of Tory Burch's business for a while.

The Wonders of C. Wonder

This content is created and maintained by a third party, and imported onto this page to help users provide their email addresses. You may be able to find more information about this and similar content at piano.io
Advertisement - Continue Reading Below
More From Fashion
Found: Long Pendant Necklaces You'll Wear Forever
What Joey Wölffer Wears to Work
Advertisement - Continue Reading Below
The Best Watches Seen at Watches & Wonders 2021
Madewell's Spring Sale Is Giving Me Life
How to Make Biker Shorts Fashun
Fine, Rihanna, I'll Buy a Leather Blazer Too
Bella Hadid Wore Low-Rise Von Dutch Jeans
These Celeb-Loved Leggings Are on Super Sale
Small Business Spotlight: Pura Utz
Meghan Markle's Go-To Sunglasses Are in Stock