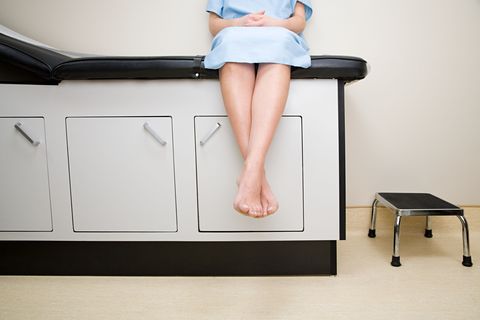 October is Breast Cancer Awareness Month, which means that a lot of what's on social media right now is people wearing pink ribbons or not wearing bras in an attempt to help the cause. And while their intentions may be good, most of these gestures do little to actually spread awareness of the reality of the disease.

To address this, 36-year-old Jen Alter posted images on Tumblr from her radiation treatment for breast cancer in 2013, showing just how harrowing the effects were on her breasts. "Here's your fucking breast cancer awareness," she wrote in the caption.

Alter then went on to say that many of the things that people do today to "spread awareness" are really just self-involved attempts to appear conscientious and hot at the same time.

"Breast cancer isn't sexy. It's not about saving the boobies. It's not about no bra day, which is really just an excuse for women to post sexy pics of their nipples pressing through their clothes. It's scars, nausea, pain, bald heads, burnt skin, and broken hearts," Alter wrote.

And while some people have written to her asking to take the viral picture down because it was uncomfortable to look at it, the overall response to her post has been overwhelmingly positive.

As Alter put it in her initial post, "Does it make you uncomfortable? It should."