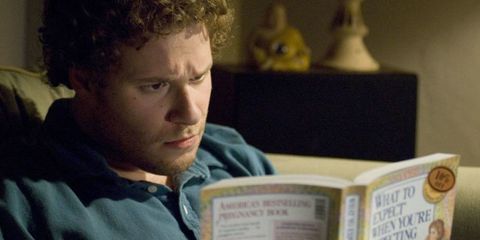 Researchers in Indonesia may have discovered an alternative to the pill, and it's one that men can take daily [via href='http://magazine.good.is/articles/birth-control-pills-for-men?utm_source=Facebook&utm_medium=Source&utm_campaign=goodfb">Good']. This new birth control pill weakens the enzymes in sperm that allow them to swim to the egg. It's like cutting the fuel line on a car before a race.

Early clinical trials are promising, according to the researchers. Unlike with most birth control available for women, this pill doesn't mess with men's hormones. As of now, the only side effects are some weight gain and an increased sex drive. "Overall, researchers haven't seen anything that remotely rivals the zits, nausea, sporadic bleeding and other effects many women endure on hormone-based birth control pills," says Bambang Prajogo, the study's lead scientist.

Prajogo admits that more studies need to be done, but he hopes to have the new pill available, at least locally, by 2016. In the near future, guys could be the ones setting a daily reminder on their phone to pop a pill.