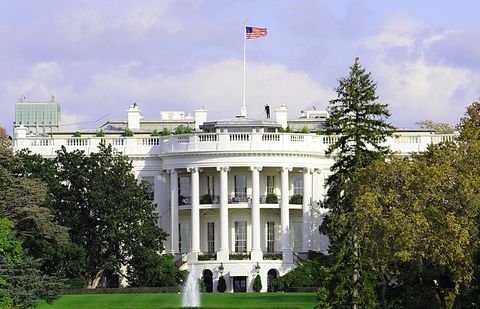 D.C. residents overwhelmingly voted to legalize it in November, and the new law went into effect at midnight. If you're over 21, it's now legal to have up to 2 ounces of marijuana on you, give away up to 1 ounce of it (though you can't legally buy or sell it), and have up to three "mature, flowering" plants in your home, ABC News reports.

Similar to Alaska's law, which went into effect earlier this week, you can't smoke in public, and you also can't possess marijuana on federal land. So don't go lighting up on the National Mall.

The law wasn't passed easily, though. Because D.C. is a district and not a state, Washington depends on the federal government to approve a lot of its laws and spending, the BBC notes. Congress put out a budget resolution to block marijuana from being legalized in the district altogether, but the mayor says the law is still valid because voters approved it before Congress tried to stop it.

It figures that in the nation's capital, a law can't get passed without a lot of bureaucratic conflict. But that shouldn't bother D.C. smokers, who are likely too mellowed out to care right now.