Drew Barrymore has been a Hollywood staple since her debut in E.T. as a child actor. But while her presence in the spotlight has been consistent since the early '80s, her hair color has not. She's constantly showing off her risk-taking dye jobs, whether it's in icy blonde or chestnut brown. Lately, Barrymore has been rocking an ombre-esque brunette to blonde shade during her pregnancy—but no longer. In her first public appearance since she's given birth, at a Stella McCartney event during London Fashion Week, Barrymore debuted a new look—this time, a rich shade of auburn, no hint of blonde in sight. In typical Drew Barrymore fashion, she looked amazing!

Diana Pearl Producer Diana is a producer at ELLE.com.
Advertisement - Continue Reading Below
More From Fresh Brown Hair Ideas
Jamie Lynn Spears Dyes Her Hair Brunette
The Perfect Shade of Brown Hair for Your Skin
Advertisement - Continue Reading Below
The Case for Dyeing Your Hair Chestnut ASAP
25 Dark Brown Hair Colors That Give Us Dye Envy
Caramel Hair Is the Hair Color You Need for Fall
Brunettes: Blonde Highlights Are Back 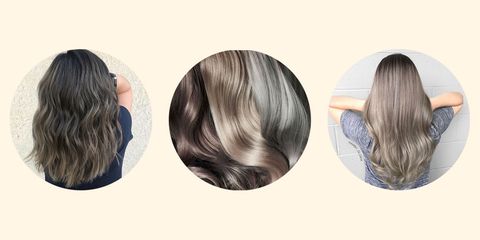 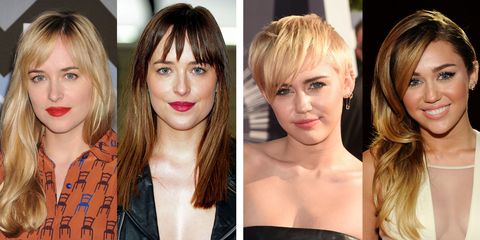