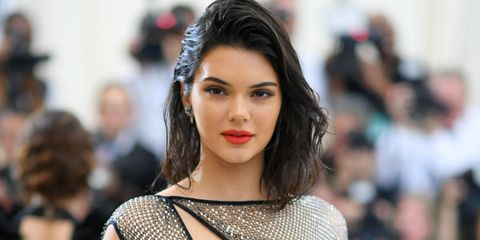 Now that Kim Kardashian has finally announced she's expecting a third child via surrogate, amid rumors that both her sisters Khloé and Kylie are pregnant and celebrating the 10th anniversary of Keeping Up with the Kardashians, you'd think the last thing on the family's mind would be the possibility of yet another spinoff show.

According to momager Kris Jenner, the family's main priority when it comes to television appearances right now is her youngest child's show Life of Kylie, but that doesn't mean she isn't thinking of any other spinoff shows with her famous brood.

In an interview with Variety, she explained: "We're just really enjoying the success of Life of Kylie, so that's kind of where we are at right now and just enjoying that for a second."

"But that's kind of how it works. We don't do a spinoff every single season, so we'll see. There's always a spinoff," she added.

Jenner's comments immediately got us thinking about a Kendall Jenner spinoff program, which could document her life jetting around the world as supermodel and hanging out with the likes of Gigi and Bella Hadid.

But, alas, it doesn't sound like a Kendall-focused show in on the cards any time soon.

"No," Jenner replied to questions regarding the possibility of the model's own show. "Kendall is really satisfied on her role in KUWTK. With her modeling career she's so busy. If she's not walking a runway, she's shooting a campaign or traveling around the world with her fashion obligations. She's a pretty busy little girl."