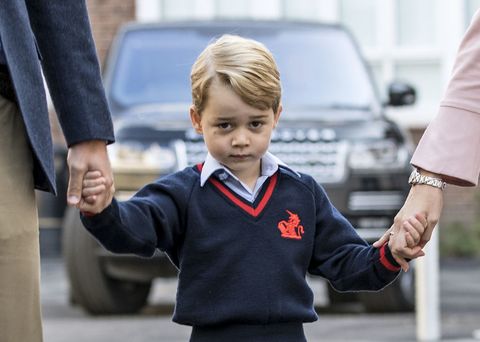 Prince George has already hinted he's a die-hard helicopter fan, but according to the Prince William, the four-year-old royal has also taken a particular shine to diggers.

William has revealed how his son was left "very envious" when he got to drive an excavator at the site of a new rehabilitation establishment for injured members of the armed forces, The Telegraph reports.

As patron of the Defence National Rehabilitation Centre, William addressed guests at the City Veterans' Network gala dinner at the Imperial War Museum in London on Thursday evening. During his speech, William recalled visiting the redevelopment project in the Midlands.

"I have been repeatedly impressed by both the speed and ambitious scale of this endeavor," he told the audience. "I was present at the end of 2014 when the first building was demolished to make way for the new construction. George was very envious as I got to drive a digger." 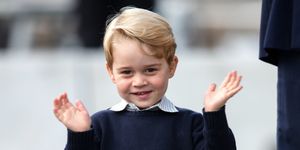 This isn't the first time the Duke and Duchess have spoken about their son's interests.

In 2015, the Duchess of Cambridge spoke to a Mountain Rescue volunteer during a visit to Wales about how much George loves helicopters.

Pauline Hallett of Ogwen Mountain Rescue said: "William used to fly us around when he lived and worked up here and I was telling him about the new helicopters,' People reports. "Catherine then said how much George loved them. He knows all the different colors and asks her about all the parts. She laughed and said she tells George to ask Daddy as she has no idea."

It sounds like there could be a pilot in the making in the Cambridge family.

This content is created and maintained by a third party, and imported onto this page to help users provide their email addresses. You may be able to find more information about this and similar content at piano.io
Advertisement - Continue Reading Below
More From Celebrity
Harry Panicked About the Queen's Hospital Stay
Olivia Munn Doesn't Care About "Settling Down"
Advertisement - Continue Reading Below
These 83 Twitter Accounts Harass Meghan Markle
Adele's Ex Came to a Special Taping of Her Album
Kristen Stewart on a "Spooky" Moment Playing Diana
Travis Covered His Ex' Name With Tattoo for Kourt
Kendall Jenner Wore a Bedazzled Pink Cowboy Hat
Kourtney & Travis Will Def "Have a Baby Together"
Britney Is Done With "Rude, Humiliating" Family
Ben & Jen Are Meeting Up "Whenever Possible"