Today's Top Stories
1
Padma Lakshmi and the Art of South Indian Cooking
2
Professional-Grade Kits for Gel Nails at Home
3
Single Parenting and the Pandemic? No, Thanks.
4
Top and Skirt Sets That Make Getting Dressed Easy
5
'Palm Springs' Reboots the Rom-Com
Shutterstock

Per People, the pair are getting married this coming weekend in New Orleans, and their guest list is the very definition of lit. According to reports, not only will Beyoncé and Jay Z be at the wedding, Kardashian momager Kris Jenner will be in attendance, as will (potentially) actress Meghan Markle, who is close friends with Serena.

"She quickly became a confidante I would text when I was traveling," Meghan's said of their friendship. "The friend I would rally around for her tennis matches, and the down-to-earth chick I was able to grab lunch with a couple of weeks ago in Toronto."

FYI, Serena and Alexis began dating in 2015, and their wedding will reportedly be held at New Orleans' Contemporary Arts Center. Too cute. 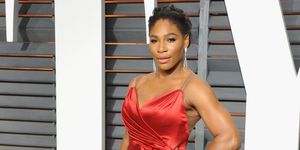 Serena Williams' Letter About Being Body-Shamed 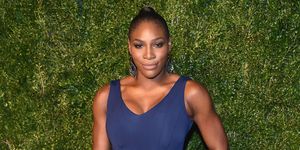