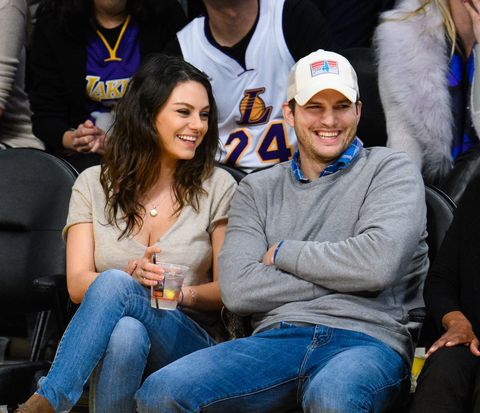 This weekend, Ashton Kutcher posted the first official photo of his daughter, Wyatt, on his Instagram (we think!). But as one half of one of Hollywood's sneakiest couples—recall his and Mila Kunis' secret wedding that happened after months of are-they-married-or-are-they-not speculation—Kutcher added a twist:

39 million people have fallen through the cracks into modern day slavery. #redsandproject

Like Emma Stone and Andrew Garfield before him, Ashton used the photo to raise awareness for a cause: the Red Sand Project, a sidewalk art exhibit that calls attention to human trafficking.

Note, too, that Wyatt wasn't confirmed to be the adorable girl in the pic...though it certainly looks like her. A clever move to be expected from the former host of Punk'd.