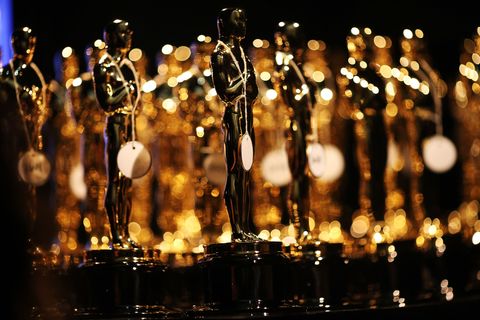 On Monday, Martin Luther King, Jr. Day, actress Jada Pinkett Smith and filmmaker Spike Lee announced they would be boycotting the Oscars ceremony to protest the lack of diversity among nominees. "Is it time that people of color recognize how much power, influence, that we have amassed, that we no longer need to ask to be invited anywhere?" Jada said in a video posted to her Facebook page. "Maybe it's time that we recognize that if we love and respect and acknowledge ourselves in the way in which we are asking others to do, that that is the place of true power."

Following news of the artists' boycott, as well as public outcry over the astonishing lack of diversity among Oscar nominees this year, Cheryl Boone Isaacs, President of the Academy of Motion Picture Arts & Sciences , released a statement calling for change in the industry.

"I am both heartbroken and frustrated about the lack of inclusion," Isaacs said in her statement. "This is a difficult but important conversation, and it's time for big changes." Isaacs said the Academy had taken steps to improve the diversity of its membership, "but the change is not coming as fast as we would like. We need to do more, and better and more quickly."

"We recognize the very real concerns of our community," she said. "I so appreciate all of you who have reached out to me in our effort to move forward together. "

The Oscars are set to air on ABC on Feb. 28. Read Isaacs full statement to the press below.

I'd like to acknowledge the wonderful work of this year's nominees. While we celebrate their extraordinary achievements, I am both heartbroken and frustrated about the lack of inclusion. This is a difficult but important conversation, and it's time for big changes. The Academy is taking dramatic steps to alter the makeup of our membership. In the coming days and weeks we will conduct a review of our membership recruitment in order to bring about much-needed diversity in our 2016 class and beyond.As many of you know, we have implemented changes to diversify our membership in the last four years. But the change is not coming as fast as we would like. We need to do more, and better and more quickly.This isn't unprecedented for the Academy. In the '60s and '70s it was about recruiting younger members to stay vital and relevant. In 2016, the mandate is inclusion in all of its facets: gender, race, ethnicity and sexual orientation. We recognize the very real concerns of our community, and I so appreciate all of you who have reached out to me in our effort to move forward together.

Rebecca Rose Writer I'm a writer for Cosmopolitan.com manning the fort during the night shift (because I love staying up late and hate getting up early in the morning).
This content is created and maintained by a third party, and imported onto this page to help users provide their email addresses. You may be able to find more information about this and similar content at piano.io
Advertisement - Continue Reading Below
More From Celebrity
Meghan and Harry Shut Down Their UK Charity
Naomi Campbell Is a First-Time Mom
Advertisement - Continue Reading Below
Ariana Grande Got Married Over the Weekend
Ariana Grande Quietly Married Dalton Gomez
Joie de Tracee
Jennifer Lopez and Ben Affleck: Everything We Know
Harry & Oprah's Mental Health Doc Has a Title
Serena Williams Might Miss the Tokyo Olympics
Jennifer and Ben Have "Unreal" Chemistry Together
The Sussexes Marked Archie's Bday in a Lovely Way