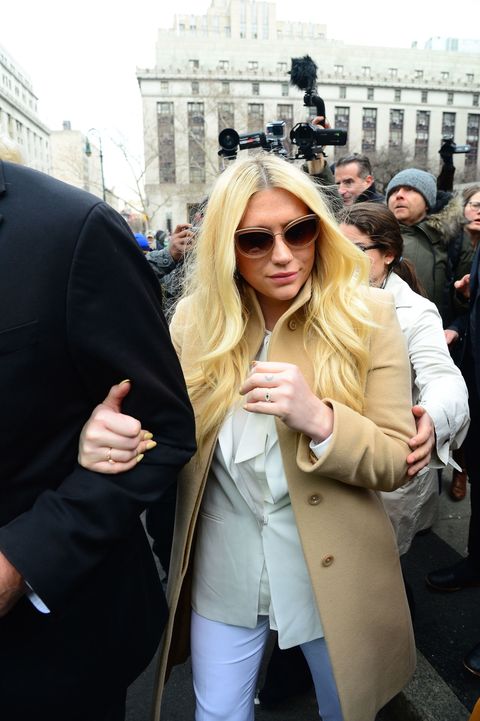 Manhattan Supreme Court Justice Shirley Kornreich ruled on Friday that Kesha will remain in contract with Sony and Dr. Luke, Page Six reports. Kesha, who apparently "burst into sobs" during the hearing, is suing the music producer for alleged sexual and emotional abuse. Kesha, who's been in a contract with Dr. Luke (whose real name is Luke Gottwald) since 2005, previously claimed that his alleged abuse led her to having eating disorders. With Friday's ruling, Kornreich says the singer would not be under any obligation to have contact with Dr. Luke for any future recordings. As Page Six notes, the judge said in court that Kesha is "being given the opportunity to record" and "does not have to have any interface at all with Mr. Gottwald in recording or producing." Kesha's attorney claimed that the star had "been on ice for two years" because of her recording contract. "His end game here is to destroy her," he added.

This content is created and maintained by a third party, and imported onto this page to help users provide their email addresses. You may be able to find more information about this and similar content at piano.io
Advertisement - Continue Reading Below
More From Celebrity
Gigi Hadid Shares Her Favorite Part of Parenthood
Rihanna and A$AP Rocky Had the Best Dressed Date
Advertisement - Continue Reading Below
Courteney Cox Talked Being Snubbed by the Emmys
Britney Spears Spoke Out After Her Court Testimony
The Queen Displayed a Rare Photo of the Sussexes
Justin Backs Britney After Conservatorship Hearing
Jen Aniston Said a Male 'Friends' Star Was Rude
Jennifer Aniston on "Silly" Love Life Speculation
People Are Devastated by Britney's Revelations
Britney Spears on "Abusive" Conservatorship