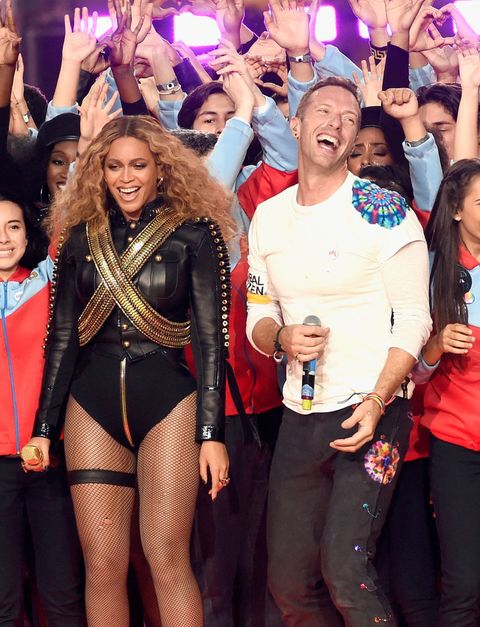 Beyoncé has released even more wonderful behind-the-scenes photos from Super Bowl 50. It's been nearly a month since Bey marched out with an all-female drum line, performed "Formation" for the first time, won an easy dance battle against Bruno Mars, and joined Chris Martin and company for one final sing-along. In the weeks leading up to the big show, Bey held super-secretive rehearsals with her dance crew, fellow performers, and a ballerina named Blue Ivy. As the new photos reveal, Blue, the most important adviser of this year's halftime show, put so much work into rehearsal that twirling breaks with Chris Martin were required.

Blue also took a break to watch rehearsals from the floor, because it's important to see things from every possible angle.

Good work, everyone. But especially Blue. Now, would it hurt to see something—anything—from Bey's rehearsals for the "Formation" world tour? It's happening so soon (late April).