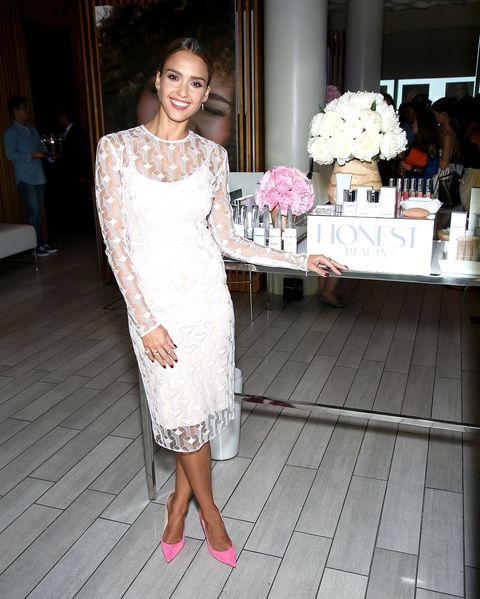 Jessica Alba's billion-dollar Honest Company, which creates home, baby, and skin-care products that claim to be free of toxins and harsh chemicals, has been under fire lately about just how "natural" those products really are.

Inc reports that Illinois resident Staci Seed filed a class-action complaint March 17, saying the company is misleading its customers by claiming its ingredients don't contain sodium lauryl sulfate, or SLS. The Honest Company products list an ingredient called sodium coco sulfate as a replacement, a coconut-derived ingredient they say is gentler. SLS is the ingredient in many soaps that creates a foamy lather, but it can sometimes irritate sensitive skin.

Earlier this month, an investigation by the Wall Street Journal found that The Honest Company's laundry detergent contained SLS. The Honest Company said the report was inaccurate and used the wrong testing methods, but the Journal stood by its "accurate" and "fair" reporting. But Seed said her lawyers independently tested the products back in February and also found SLS.

The issue comes down to whether sodium coco sulfate actually contains sodium laryl sulfate; the Journal talked to chemists who said it does, but The Honest Company insists they're completely separate chemicals.

This isn't the first lawsuit concerning The Honest Company's ingredients. In February, a suit claimed that the company mislabels its products as "natural" and containing "no harsh chemicals," and last year, Alba called a similar lawsuit "baseless."

The Honest Company responded to the new lawsuit with this statement: "The claims alleged in the lawsuit are without merit and we intend to vigorously defend ourselves against them."