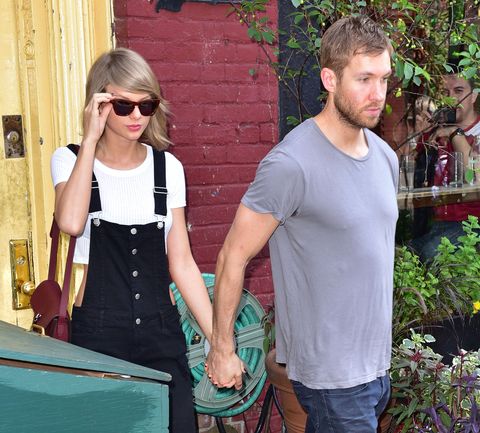 Cue up the saddest songs on Red, because People reports that Taylor Swift and Calvin Harris have broken up after 15 months of dating. "There was no drama," People's source said of the split. "Things just don't work out sometimes." The pair started seeing each other in spring 2015 after hitting it off at the Brit Awards. This past March, they celebrated their one-year anniversary with a tropical vacation that they both documented on Instagram.

Taylor and Calvin were also seen together in April at the iHeartRadio Music Awards, where Taylor thanked Calvin in her acceptance speech for the Best Tour trophy. "For the first time I had the most amazing person to come home to when the crowds were all gone and the spotlight went out, so I'd like to thank my boyfriend Adam for that," she said.