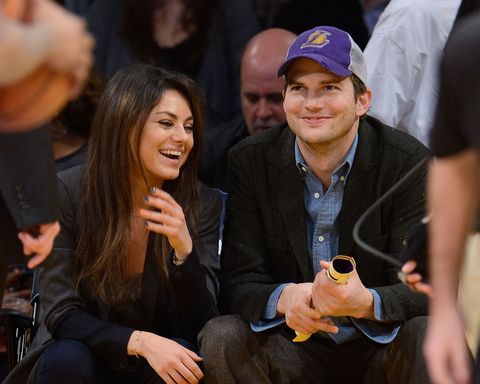 News of Mila Kunis' second pregnancy only recently broke, but she and husband Ashton Kutcher are already thinking ahead to (potential) baby No. 3.

In an interview with Ryan Seacrest to promote her new comedy Bad Moms, Seacrest asked if Kunis and Kutcher were planning to grow their family any more. The couple are already parents to 1-year-old daughter Wyatt, and Kunis didn't rule out more siblings in the future. The decision to try for their second child was an easy and natural one, the actress says.

"After we had Wyatt, the second I gave birth, I knew we had to have another baby. We both knew it, we just felt it," she admitted.

So, when it comes to the possibility of having a third child in the future, Kunis is open-minded, but knows she won't know for sure until the birth of her second child.

"And so I always say after the second one, we'll know if we need to have another one," she explained. "I really do believe you know when your family is complete."

We'll just have to wait to see if the Kunis-Kutcher family is complete, but honestly, we don't think there's any such thing as too many of their perfect genes in the world, so as long as they want to keep growing their family, we'll be in full support.

In the meantime, we'll settle for more of Kunis in her new movie, Bad Moms, in theaters now, which costars fellow funny ladies Kristen Bell and Kathryn Hahn.