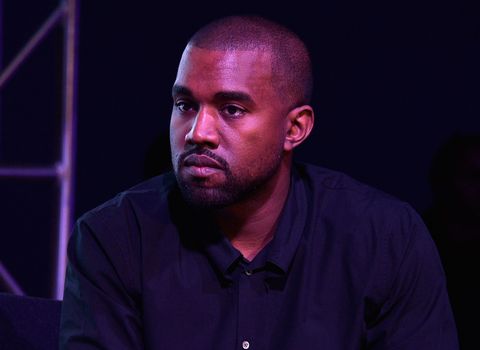 While Kanye West checked into the hospital "for his own health and safety" earlier this week, after canceling the rest of his Saint Pablo tour, more details have emerged about his health.

According to TMZ, sources close to Kanye and Kim Kardashian say he's been plagued with paranoia, and is "profoundly depressed" — both of which are issues that have been plaguing him for quite some time. The sources told TMZ that Kanye was worried people were out to get him after he was checked into the hospital on Monday, and reportedly wouldn't let doctors touch him at the beginning of his stay.

Sources also told TMZ that the goal was to get him back home on Monday—a week after he checked in—but it's still too soon to tell if he'll be well enough at that time.

This content is created and maintained by a third party, and imported onto this page to help users provide their email addresses. You may be able to find more information about this and similar content at piano.io
Advertisement - Continue Reading Below
More From Celebrity
Harry Said the Queen and Philip Were "Adorable"
Kate Middleton Played Tennis With Emma Raducanu
Advertisement - Continue Reading Below
Tom Felton Collapsed on a Golf Course
Ashley Olsen Made a Rare Red Carpet Appearance
Harry Carries Briefcase That Reads "Archie's Papa"
Meghan Markle and Prince Harry Arrive in NYC
Kate Middleton Looked Radiant in Cream
People Are Convinced Kylie Is Having a Boy
Kim Kardashian's Met Gala Ponytail Cost $10K
Megan Fox and Kourtney Posed for Sexy Skims Pics