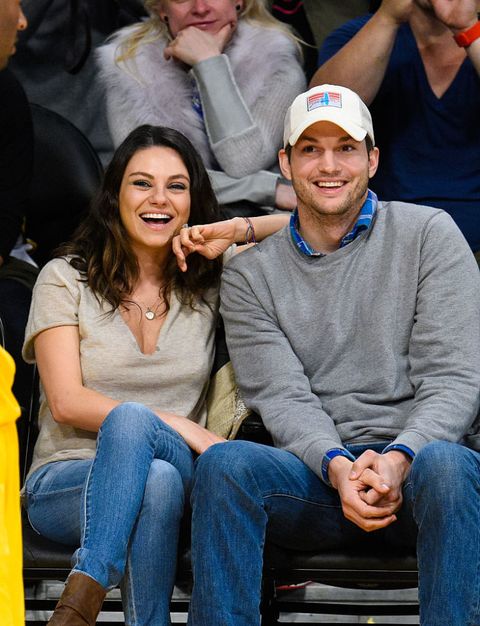 Sources have confirmed to E! News on Thursday that Mila Kunis gave birth to a baby boy, her second child with husband Ashton Kutcher, on Nov. 30. The couple has not yet announced the baby's name or released a photo—but with Mila and Ashton as his parents, it's safe to say he's guaranteed to be a cutie.

Since news first broke earlier this year that Mila was expecting, both parents have made it very clear that they couldn't be happier to be expanding their little family. During an interview on the Today show earlier this year, Ashton even accidentally revealed the sex of their second child while explaining the way that he and his wife had tried to explain the pregnancy to their daughter, Wyatt.

"She points to Mila and she's like, 'baby brother' when she points to the belly and then she points to dad and she goes, 'Beer!,'" he said. "So I think she gets there's something in the belly but I don't quite think that she knows that it's not going to be a plastic doll yet."

The former That '70s Show co-stars Mila and Ashton first started dating in 2012, before getting engaged in February 2014. They welcomed their first child, baby daughter Wyatt Isabelle, in October, then got married in July 2015.