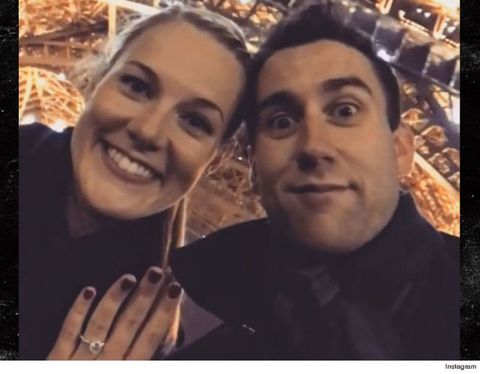 Maybe the world is burning, but at least Neville from Harry Potter got hot, and now he's getting married!

Matthew Lewis, aka hot-ass Neville Longbottom, is engaged! According to TMZ, Matt asked Angela Jones to marry him, and she, being a sane person with eyeballs, said yes. It's his IRL Hannah Abbott. My eyes are currently heart emoji. Angela is an event planner at Universal Studios in Orlando, and she met Matt at a Wizarding World event in January.

Oh, and they got engaged in Paris. Neville would be blushing!