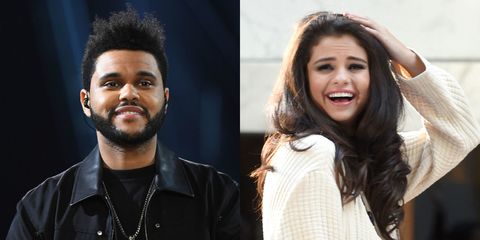 It was just two weeks ago that Selena Gomez and the Weeknd were photographed making out outside a restaurant in Los Angeles. They haven't been shot together since (though fans have noted they've been out in the same places). But this weekend, they signaled on Instagram that they've got something going on the way Taylor Swift and Tom Hiddleston once did: by mutually following each other for the first time.

Then she followed him back a day later: