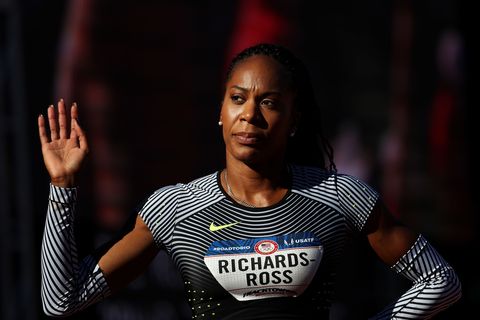 London 2012 double-gold medalist Sanya Richards-Ross has revealed that every track-and-field athlete she knows has had an abortion, and according to her, it's mainly due to the lack of accurate information and education about contraceptives and sexual health available to young female athletes.

The 32-year-old sports star admitted she had an abortion the day before she left for the Beijing Olympics in her new book Chasing Grace: What the Quarter Mile Has Taught Me about God and Life, and hopes to get the conversation started to help others in similar situations. 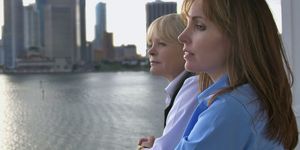 Forced to Choose: An Abortion or a Mental Hospital

Speaking to Sports Illustrated's Now program, she revealed: "The truth is it's an issue that's not really talked about, especially in sports, and a lot of young women have experienced this. I literally don't know another female track-and-field athlete who hasn't had an abortion—and that's sad. So, for me, I'm hoping that this will open up some discussions, to helping especially a lot of young women who were in my situation not experience what I did."

"At that time in your life, when you're in college, you don't feel comfortable talking to your mom. So, a lot of the information you get is from your peers," she continued. "It's going to sound silly to some people but, in our community, people don't want to take the pill because you put water weight on. And then people tell you when you're extremely fit, you can't get pregnant because our [menstrual] cycles are shorter. So, there's a lot of miseducation that happens to young women in college, because we're educating ourselves."

This Will Change How We Talk About Abortion

Recalling her abortion in her book, which she had at 23 before going on to win individual bronze and relay gold in Beijing, she wrote: "I made a decision that broke me, and one from which I would not immediately heal. Abortion would now forever be a part of my life. A scarlet letter I never thought I'd wear."

This content is created and maintained by a third party, and imported onto this page to help users provide their email addresses. You may be able to find more information about this and similar content at piano.io
Advertisement - Continue Reading Below
More From Celebrity
Gwen Stefani Is Unrecognizable In New Insta Post
Lady Gaga Wore Serious Platform Heels in Rome
Advertisement - Continue Reading Below
North West's Pet Lizard Has Its Own SKIMS
Is Harry & Meghan's Archewell Update a Royal Diss?
Why Is the Royal Family Called "The Firm?"
Meghan Says Palace Is “Perpetuating Falsehoods"
Twitter Blasts Media's Targeting of Duchess Meghan
Palace Is Looking Into Meghan Bullying Allegations
Meghan & Eugenie Are Still Close After Royal Exit
Harry's Oprah Interview Suit Is a Nod to Archie