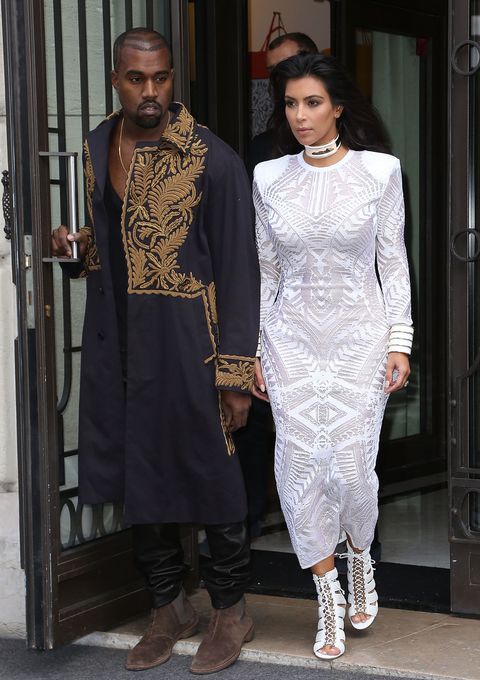 Because of health concerns, Kim Kardashian and Kanye West have reportedly made a deal with a surrogate mother to have their third child, according to People.

Meanwhile, TMZ claims that a deal of $113,000 has been made, and it's thought that the world's most talked about couple used an agency to find their surrogate. They have reportedly paid a deposit of $68,850 to the woman, and will pay her $45K in 10 monthly installments of $4,500 to cover the rest of the $113K.

Should the pregnancy result in more than one child, the surrogate mother will receive an additional $5K per extra child.

Kim and Kanye made the decision to have a third child through a surrogate after Kim suffered placenta accrete during her pregnancy with Saint. This condition means that another pregnancy for the Keeping Up With The Kardashians star could be life-threatening.

In March, Kim spoke about her desire to become a mom for third time on her reality show.

She said: "I'm going to try to have one more baby. I want my kids to have siblings." She added that, "After Paris, I feel the need to bring another soul into this world."

Originally it was reported that Kim would be undergoing surgery to have her and Kanye's third child, but she also said at the time that surrogacy was an option.

"I know he [Kanye] wants more kids though so we are going to explore our other options.

When she was quizzed by sister Kourtney Kardashian on whether she really wanted to go down the surrogacy route, Kim said, "I think that's what we are going to try. It's so frustrating."