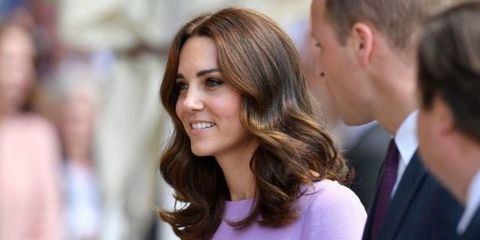 A French court has given maximum fines to two gossip magazine executives for publishing topless photos of Kate Middleton.

The court in a Paris suburb ruled Tuesday that three photographers and three newspaper executives invaded the privacy of the Duchess of Cambridge by taking and publishing the pictures.

Two executives of a French gossip magazine and two photographers working with a photo agency were collectively ordered to pay 50,000 euros (around £45,700) in damages to Kate and the same amount to her husband, Prince William.

The amount is well below the 1.5 million euros in damages that were reportedly sought by the royal couple.

The royal couple, who didn't attend the verdict hearing, had filed a complaint after the photos were published in French gossip magazine Closer and a regional newspaper in 2012, the year after their wedding.

The pictures of Kate were taken with telephoto lenses while she and her husband apparently were sunbathing on a patio at a private estate in France's southern Provence region.

This content is created and maintained by a third party, and imported onto this page to help users provide their email addresses. You may be able to find more information about this and similar content at piano.io
Advertisement - Continue Reading Below
More From Celebrity
Sam Asghari Opens Up About Britney Documentaries
Prince Harry’s Memoir Is Concerning Royal Insiders
Advertisement - Continue Reading Below
Meghan Markle Wore Some Familiar Earrings in NYC
Harry and Meghan Could Visit England for Christmas
Meghan Markle Looked Gorgeous at Global Citizen
Harry and Meghan Are Taping Their NYC Trip
Keep an Eye on Lady Louise Windsor
Princess Beatrice's Daughter May Get a Royal Title
James Middleton’s Wife Thought He Was a Waiter
Meghan Markle Got a New Nickname