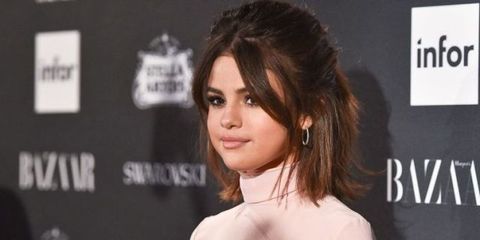 Days after featuring on the cover of Time magazine's "Firsts" issue celebrating 46 women working for change and walking the red carpet with her boyfriend The Weeknd at the Harper's Bazaar Icons Party during New York Fashion Week, Selena Gomez has opened up about mental health, the dangers of hiding behind the veil of Instagram, and her support network when things get tough.

In a new interview with the Business of Fashion, the 25-year-old admitted that despite her fame and 126 million Instagram followers, she doesn't actually have as many friends as you might think.

"You have to figure out the people that are in your circle," she told the publication. "I feel like I know everybody but have no friends. [Laughs] I have like three good friends that I can tell everything to, but I know everyone, I go anywhere and I'm like, 'Hey guys, how's it going?' And it feels great to be connected to people, but having boundaries is so important. You have to have those few people that respect you, want the best for you and you want the best for them. It sounds cheesy, but it's hard." 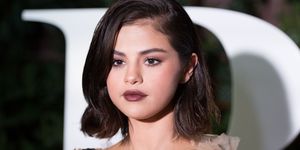 Giving credit to her mother for helping her stay grounded, the Texas-born beauty says she was taught about the dangers of fame at a very young age.

"She always said to me that I should have fun, and if it wasn't fun or if I wasn't learning something or I wasn't growing as a person, she wanted to take me out of it. She said, 'This entire industry is going to tell you you're perfect and you're great, and I'm going to tell you that you're no better or bigger than anyone. You are the person that you are, and you are very lucky.' That's something that's always been replaying in my head."

Discussing her changing perspective of fame since starting out as a child star at the age of seven, Selena said she noticed the ugly side of her notoriety when she started being known for things unrelated to her career.

She revealed: "That's when my passion started to really feel like it was going further and further away. And that scared me. When I was younger, it was all fun to me. When I did state fairs and 100 people would show up, I would be stoked. That was the best feeling in the world. But when I got older, I started to become exposed to the truth behind some stuff and that's when it flipped a little bit.

"I realized that, 'Oh, this is actually really hard, and kind of slimy in certain areas,' and I didn't realize that certain people wanted certain things from me. My confidence went through a lot with that," she added.

The actress/singer has long been a strong advocate for mental health and became an executive produced for the hit Netflix show 13 Reasons Why—based on the subject of suicide and mental health—last year. 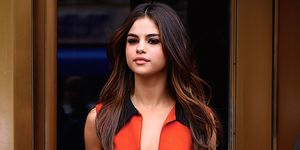 Opening up about her own struggles with mental health, the former Disney star admitted that she started to feel "violated" during her teenage years.

"I remember just feeling really violated when I was younger, even just being on the beach. I was maybe 15 or 16 and people were taking pictures—photographers. I don't think anyone really knew who I was. But I felt very violated and I didn't like it or understand it, and that felt very weird, because I was a young girl and they were grown men. I didn't like that feeling."

As a result, in 2014 she cancelled her world tour, checked into a psychiatric facility to address her ongoing battle with anxiety, and last year made an emotional speech at the American Music Awards about the importance of recognizing when you have mental health issues.

"When I took time to learn about my feelings and my frustrations, and where things stemmed from, there was this huge fog lifted from my life because then I understood it," she revealed.

When questioned whether she thinks she'd have suffered from mental health issues if she wasn't "Selena Gomez, international superstar," the "Fetish" singer admits: "No, I think I would have all of the same issues. I think mine are amplified just a little bit only because of the public aspect, but I do think they're very similar."

While she's still baffled as to why she's one of the most followed Instagram star in the world ("I don't even understand it, no. I really don't."), the star said she things social media is a great way to express emotion and creativity.

"We have a voice and we have a platform, so we're able to reach people from all the way across the world just by getting on our phones, which is pretty remarkable. I've always wanted to connect with people everywhere when I was touring and that was the only way I could, and now I can through this weird device, which is great," she added.

It sounds like Selena has life pretty well under control right now.