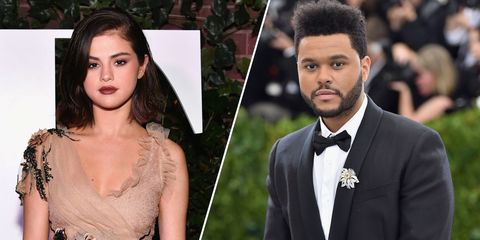 Selena Gomez and The Weeknd, the very-in-love and very-much-want-you-to-know-it couple, have quietly taken another big step in their relationship, some sources say.

Entertainment Tonight reports that the two have temporarily moved into "a low-rise luxury building in the heart of the [Greenwich] Village." If it's for real, this will only be for a couple months, as Gomez is shooting a Woody Allen film in New York City. And The Weeknd won't be there every night either: He's on the second leg of his Legend of the Fall tour and will be playing shows across the U.S., New Zealand, and Australia through December 14. 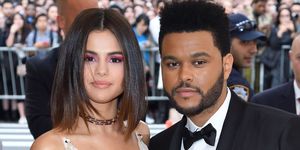 But still, the source stresses that this is "a big deal" for Gomez, who usually stays in hotels while working on temporary projects. This time, she wanted to immerse herself in the city—and her boyfriend's presence.

The rental is apparently top notch, too: It has 11.6-foot-high ceilings (exceptional in Manhattan!), Juliette glass balconies, and English kitchens (plural, it seems). ET notes that similar units in the building have rented for $16,000 a month or more. 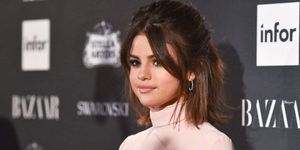 The swankiest part is the master bath, which "is outfitted with his and her vanities, a steam shower, and Kohler cast-iron bathtub," the source says. "They've both been very gracious to the neighbors and seem very happy with their living arrangement."

This is Gomez's second time living with a guy she's dated (at least publicly). Justin Bieber, her on-off-never-again ex, revealed in 2014 that the two had moved in together in 2012. "I moved in with my girlfriend when I was 18," he told Complex. "Started my own life with her. It was a marriage kind of thing. Living with a girl, it was just too much at that age. But we were so in love. Nothing else mattered. We were all about each other."

Alyssa Bailey News and Strategy Editor Alyssa Bailey is the news and strategy editor at ELLE.com, where she oversees coverage of celebrities and royals (particularly Meghan Markle and Kate Middleton).
This content is created and maintained by a third party, and imported onto this page to help users provide their email addresses. You may be able to find more information about this and similar content at piano.io
Advertisement - Continue Reading Below
More From Celebrity
Kate Wore a Stunning Fall Red Coat for Visit
Gigi and Zayn's Body Language, Decoded By A Pro
Advertisement - Continue Reading Below
Billie Eilish Posts Nikes Version of 'The Dress'
Ashley Graham Celebrates Body With Nude Photo
Gigi Hadid's Baby Is Already Wearing Moschino
Adele Is Hosting 'SNL' in a "Full Circle" Moment
Harry Pranked the Queen by Changing Her Voicemail
Celebs Join the #MyNameIs Movement on Twitter
The Queen Laid Down the Law at the Royal Wedding
Why Meghan Might Stop Talking About Social Issues