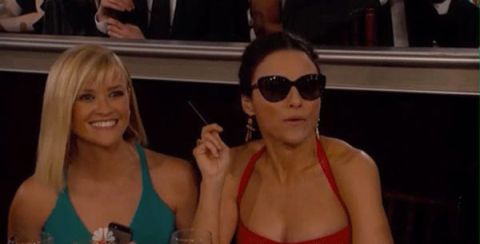 2. Then they hugged it out.


5. Amy Poehler had an uncanny resemblance to Jennifer Lawrence.

7. Julia Louis-Dreyfus was too cool for school and selfies.

9. Emma Thompson ran too (without her shoes, as you do).


10. Then Emma Thompson threw her Louboutins away.

12. Walt and Jesse took a break from cooking.

14. Kerry Washington was so excited she might've peed her pants.

17. The happy couple was especially happy.

18. This photobomber was 6 degrees away from Kevin Bacon.


See All The Looks From The Golden Globes

The Best Dressed of the 2014 Golden Globes