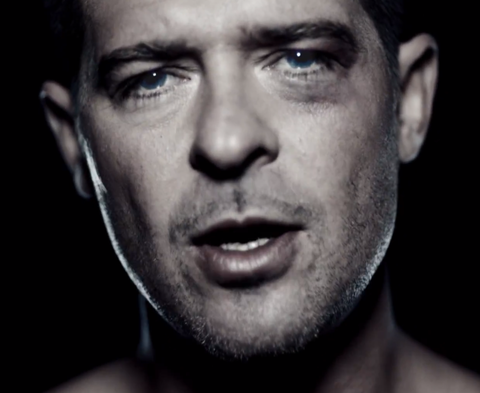 What spurred Robin Thicke and Paula Patton's divorce? Only they know. This said, Thicke's actions following the split have led us to believe he screwed up royally.

Thicke has been on a mission to right his wrongs and try to win Patton back, but is going about it in the worst way possible. Instead of accepting the split, it's been one increasingly creepy attempt after the other. The latest: a music video for his new single, "Get Her Back," off his album Paula, a transparent ode to his estranged wife out July 1. Essentially, Thicke sings the pitiful ballad while screenshots of bitter text messages flash before him. Naturally, there's a slew of young women to keep his poor soul company.

On one hand, we see a sad puppy, on the other, we see a trifling 37-year-old man. Either way, we think the bottom line is that it's too little, too late.