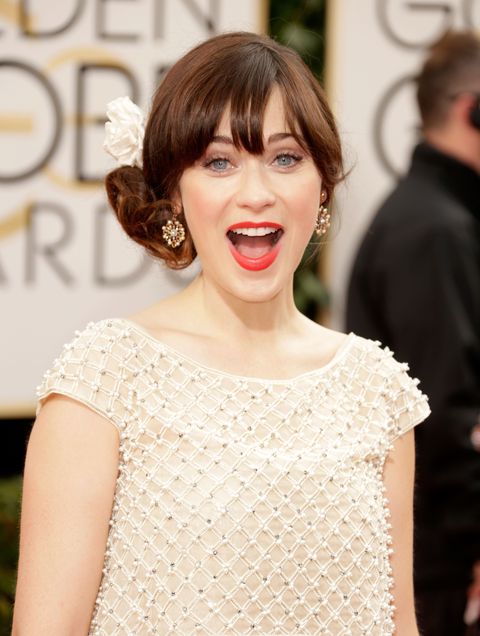 Update, 1/21: It's just one surprise after another from Zooey Deschanel. The New Girl actress, who announced her pregnancy last week, is engaged to producer Jacob Pechenik, Us Weekly reports.

This will be the second marriage for Deschanel, who was previously wed to Death Cab for Cutie vocalist Ben Gibbard.

Original post, 1/13: Zooey Deschanel is expecting! Her rep confirmed the news to People on Tuesday. This will be Zooey's first child with boyfriend Jacob Pechenik, whom she has been dating since mid-2014. "Jacob and I are over the moon," Zooey said in a statement to People. "We are so excited to meet our little one."

Zooey's older sister Emily Deschanel is also currently pregnant, which seems like a good excuse for them to cohost a truly legendary baby shower. Mazel tov, everybody!

This content is created and maintained by a third party, and imported onto this page to help users provide their email addresses. You may be able to find more information about this and similar content at piano.io
Advertisement - Continue Reading Below
More From Celebrity
Rihanna and A$AP Were Spotted on a Date
Prince Harry Is "Really Missing" Meghan Markle
Advertisement - Continue Reading Below
J.Lo and A-Rod Are "Completely Back On"
Chrissy Shared the Cutest Photo of Luna and Miles
Gaga Stuns in a Wedding Dress for 'House of Gucci'
Prince Harry Is Quarantining at Frogmore Cottage
Meghan Markle Expresses Sympathies to the Queen
Prince Harry Remembers Prince Philip
Prince William Statement on Prince Philip's Death
Meghan and Harry Are Facing Security Threats