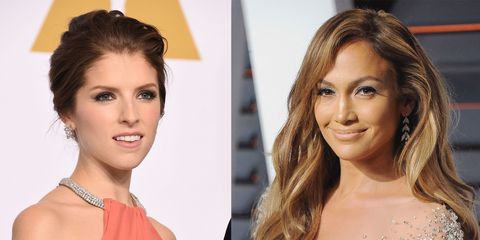 Probably while he was watching Emma Stone slay "All I Do Is Win," some upstart Spike exec was like, "Hmmm. We should do that but longer."

Now we have Lip Sync Battle, which is hosted by Chrissy Teigen and LL Cool J and exactly what it sounds like: a bunch of celebrities mouthing the words to songs while wearing costumes and dodging backup dancers. Dwayne "The Rock" Johnson previewed his rendition of "Shake It Off" on Tuesday, which you can experience again in the full trailer below featuring Jimmy Fallon, John Legend as MC Hammer, Anna Kendrick, Jennifer Lopez, John Krasinski in a sequined dress, and Stephen Merchant wearing leather chaps while cage-dancing.

There is A LOT to take in, but it's definitely the kind of production you could see yourself tuning into every week, you know?