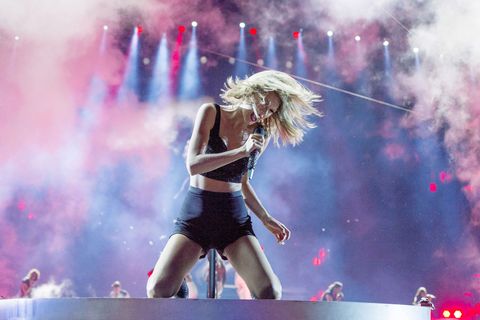 Taylor Swift is unstoppable—and the numbers prove it. According to data from Nielsen Music, since dropping 36 weeks ago, Swift's latest album "1989" has sold more than 5 million copies, making it the quickest album to reach that milestone in the last decade. (Usher's "Confessions" reached 5 million in 19 weeks in 2004.)

Given that the first single, "Shake It Off," came out in August 2014, and the three singles that followed—"Blank Space," "Style," and "Bad Blood"—are gaining the album more traction as months go on, it kind of all makes sense, no?