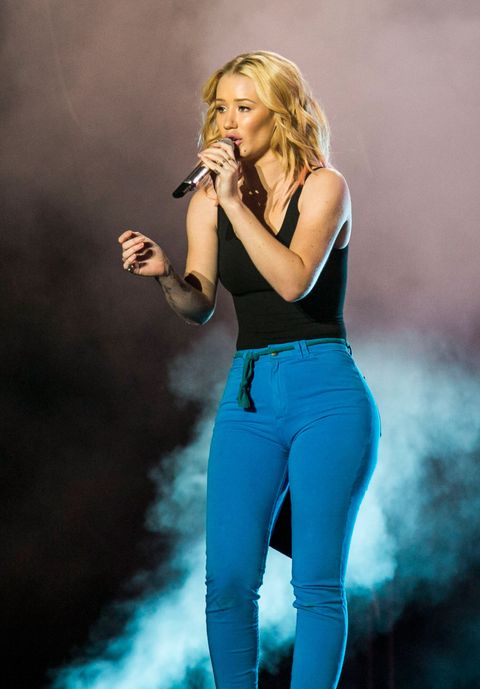 Update, 8/17: There are only two ways you can feel about Thursday's Iggy Azalea v. Nick Young episode of Lip Sync Battle, both of which are demonstrated here by Chrissy Teigen's face.

Original story, 8/10: Demonstrating impressive upper-body strength and so-so knowledge of the lyrics to Silk's "Freak Me," Iggy Azalea holds nothing back as the latest celebrity to appear on Lip Sync Battle.

In the teaser for a new episode airing Thursday, the open book (when it comes to plastic surgery) faces off against fiancé Nick Young, going all out with silhouetted backup dancers, a wind machine, and some one-armed floor-humping that produces this reaction from LL Cool J:

tfw it's your job to act surprised but you really wish you had stayed home that day
YouTube
I heard he got stuck like that and had to be carried out.
YouTube

Are you ready for this? *crosses self*