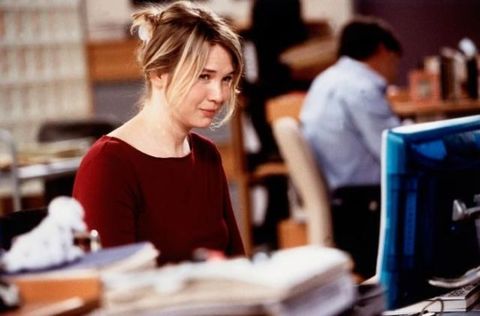 Update, 10/5: IT'S COMING: Bridget Jones' Baby has officially started production and the studio tweeted a photo that gives nothing away but means *everything*:

From what we can tell, Jones' notebook ran out paper so now she types all her inner most thoughts onto an iPad. Also, there's a baby.

Original, 9/11: It's clear that the universe loves us and wants us to be happy. Case in point? A new Bridget Jones film is coming—and this time, Bridget is going to be a mom. Or mum, rather.

Bridget Jones' Baby will start filming in the UK come October 2, according to People. The movie will be the third in the series, with the second (Bridget Jones: The Edge of Reason) being released nearly 11 years ago.

Fun stuff to note: Colin Firth AKA Darcy is back, Patrick Dempsey is set to star, and the father of the baby is...unknown. Yep, there might be some bit of tension as the only real thing we know about the plot is that Jones finds herself unexpectedly pregnant.

Two things: 1) Why did it take so long?! 2) Who wants to join us for some popcorn and McDreamy?