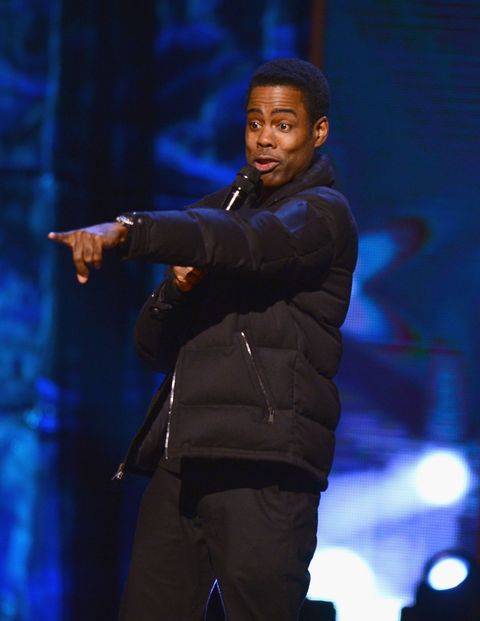 It's hard to believe that it's almost awards season again (we just want to get through Halloween, thanks), and the Oscars are already making headlines. Today, the academy announced that the 2016 show will be hosted by none other than Chris Rock.

Rock most recently wrapped up directing Amy Schumer's hilarious HBO special, and previously hosted the Oscars in 2005 to, uh, mixed reviews. But then again, we love our Academy Awards with a little bit of controversy and a TON of jokes—so Rock should be perfect.

The Academy Awards will be airing live from the Dolby Theatre in Hollywood on February 28.

Alanna Greco Weekend Editor I'm a writer and editor based in New York City.
This content is created and maintained by a third party, and imported onto this page to help users provide their email addresses. You may be able to find more information about this and similar content at piano.io
Advertisement - Continue Reading Below
More From The Oscars 2021
See Adele's Perfect Oscars After-Party Look
Emrata Wore the Most Emrata Outfit to Oscar Party
Advertisement - Continue Reading Below
J.Lo Outshone Everyone at the After Parties
Please Look at These Brad and Regina Photos
Chrissy Wore a Mint Dress With a High Slit
Jennifer Aniston Saved Her Best LBD for Last
Did You Spot Charlize Theron's Hidden Hair Detail?
Billie Eilish's Reactions Made the Oscars
Timmy Photobombed Margot on the Oscars Red Carpet
Elizabeth Banks Rewore Her 2004 Oscars Dress