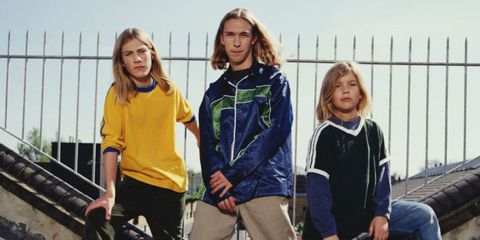 Remember when Zac Hanson had middle-parted blonde hair and was living his best life as Hanson's drummer? Well now he's married with two kids and just turned 30. He also created a beer called Mmmhops. It's casual.

In celebration of Zac's 30th, enjoy a few highlights from 1997, the immortal year "Mmmbop" rocked our world.

There was totally room on that raft.

This Was Happening, and It Wasn't Good

And paved the way for other LGBTQ actors to do so.

You Owned a Tamagotchi

And accidentally murdered it.

George Clooney Was Still on 'E.R.'

Your mom probably had a crush on him.

Madeleine Albright Was Made the First Female Secretary of State

The most exciting part of this list. Zac Hanson is in great company—HBD, old friend.