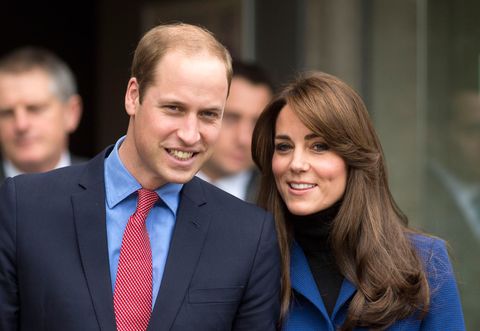 Returning to their alma mater/birthplace of their love, the Duke and Duchess of Cambridge spoke with students and admirers at the University of St. Andrews in Scotland before joining a discussion about the mental wellbeing of young people on Friday, E! News reports. Prince William had a conversation with an 8-year-old girl about not liking math, while Kate told a lady she and William "weren't very good" at Scottish country dancing, which seems to be like American square dancing but with kilts and more skipping.

But, as always, the bit you've been waiting for has to do with Prince Smushy McSmushyface, who apparently has aspirations to ride motorbikes like Papa Willy. 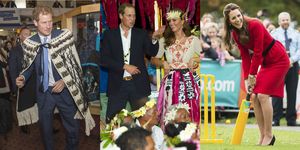 The Royals Are Adorable Tourists, As These Photos Prove

"He's still riding it," three-time tiara wearer Kate told a guy named Fearghas. "It always fills me with horror when he goes out on it‎. I'm terrified. Hopefully, I'm going to keep [Prince George] off it."

Girl, good luck with that.