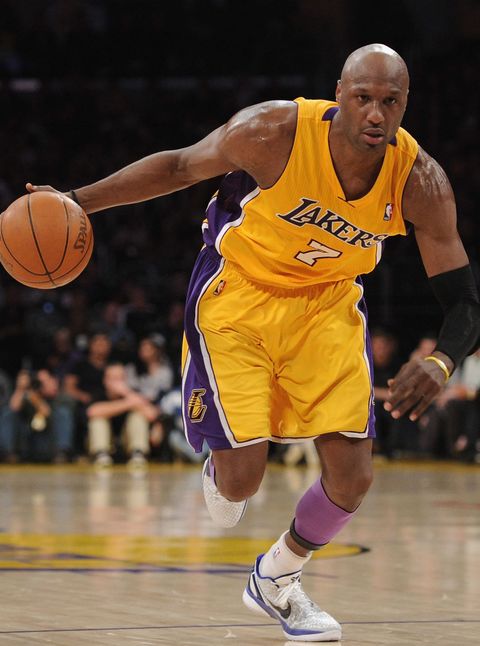 What happens in Vegas doesn't stay in Vegas, a life lesson that Sunrise Hospital staffers learned the hard way after trying to take photos of Lamar Odom during his hospitalization. TMZ reports that several employees attempted to snap pictures of Lamar, and also tried to access his medical records.

It goes without saying that the employees in question were fired, and they're now being publicly side-eyed on the internet. "We take all patient privacy very seriously and follow all HIPAA policies in compliance with federal regulations," a rep for Sunrise told TMZ.

Lamar is now getting top notch medical treatment at Cedars-Sinai in Los Angeles, though he's reportedly in need of a kidney. The former reality star is being cared for by his wife, Khloé Kardashian, who has completely devoted herself to being by his side. (In case you missed that big news, they're still married/true love does exist despite the havoc Ben Affleck recently inflicted on everyone.)

Mehera Bonner Contributor Mehera Bonner is a news writer who focuses on celebrities and royals—follow her on Instagram.
This content is created and maintained by a third party, and imported onto this page to help users provide their email addresses. You may be able to find more information about this and similar content at piano.io
Advertisement - Continue Reading Below
More From Celebrity
Rihanna Stuns in $2 Million of Diamonds and Rubies
Fans Think Zayn Just Hinted at Proposing to Gigi
Advertisement - Continue Reading Below
Ben Affleck Said J.Lo Faced "Sexist, Racist" Media
Kate & William Might Get Vaccinated on Camera
40 Celebrity Sisters Who Look So Much Alike
Iconic Party Photos From the Past
The 50 Most Popular Episodes of ‘Friends,’ Ranked
40 Rare Photos of Grace Kelly Through the Years
The Best TV and Movie Wedding Dresses of All Time