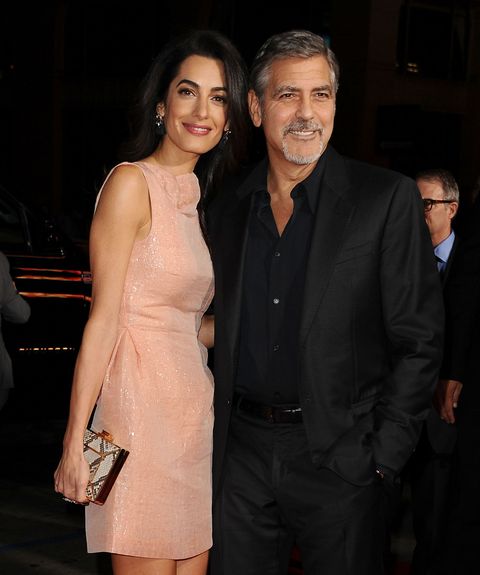 According to Access Hollywood, Amal Clooney and her trophy husband adopted a (fur) baby from the San Gabriel Valley Humane Society on Wednesday after they spotted Millie the Basset hound on Petfinder. The couple and their other rescue dog Louie spent an hour and a half playing with the 4-year-old pup, who was found earlier this month looking for food scraps outside a local restaurant.

MILLIE'S FACE. LOUIE'S FACE. ALSO THE IDEA OF AMAL PICKING UP AFTER THEM. Rather interesting compared to how some other celebrities come by their $50,000 French Bulldog-Dalmations, isn't it?