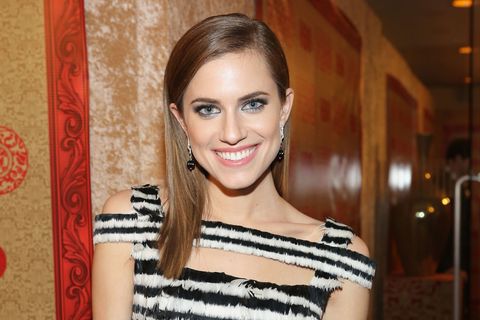 While nothing will top Allison Williams whizzing around stage in the live action Peter Pan (memories!), the actress' next project sounds like a win. Williams will make her feature film debut in Jordan Peele of Key and Peele's new horror movie, titled Get Out. Doesn't sound quite as warm and fuzzy as the tale of a boy who's BFF with a tiny fairy, but anything by Jordan Peele is poised for greatness.

Considering the genre in question, this will be new territory for Williams, who's known for playing Marnie on HBO's Girls. No spoilers about her character in Get Out have been released yet, but Deadline reports that the film is about  "a young African-American man who visits his Caucasian girlfriend's family estate."

And before you start thinking this is a comedy due to Peele's involvement, it appears to be a full blown fright fest that the comedian says "takes on the task of exploring race in America."

So, will Williams make it out alive? Or will she pull a Marnie and charm the killer with questionable folk songs? That remains to be seen.