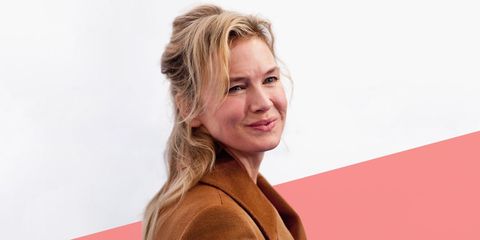 The internet had a lot to say when Renée Zellweger showed up to Elle's 2014 Women in Hollywood event looking somewhat different than usual. Speculation about plastic surgery (and backlash about said speculation) dominated headlines, but Renée opted to ignore critics.

"All I know is that people were sending support, which means that I must have needed it," she told Entertainment Weekly. "When people ask me, 'How did that feel?' I'll say, 'I don't know.'"

The 46-year-old star said it took some effort to ignore the scrutiny, but she managed to soldier through. "I know it sounds pretty unlikely that a person might be able to keep herself clear of those words or of that experience, but I have and it takes effort. But I have succeeded," she said. "What good comes from knowing that something like that has happened? Less fear."

Plastic surgery speculation aside, Renée was put under a microscope and scrutinized based solely on her looks, which is just never cool. Hat's off to her for refusing to engage.