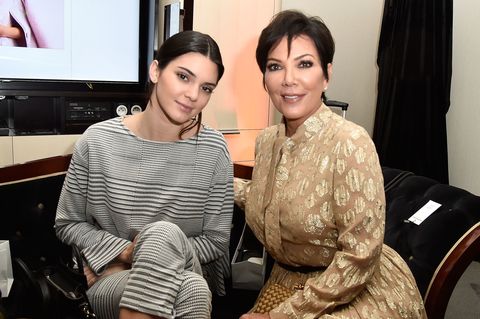 Kris Jenner, (wo)man, myth, legend, joined ABC host Chris Harrison for a live Bachelor fan-girling session, and was asked which member of her daughter squad she'd like to see on the show. In case you're unfamiliar (what?), said show's premise is one woman dating two dozen men in the name of something vaguely resembling love.

"It would be who could I talk into it," Kris said. "I don't know, I would say one of the younger ones, but Kendall wouldn't go for it...I could talk them into it, though."

Assuming Kendall can't be convinced by Kris, that leaves 18-year-old Kylie Jenner. Judging from her taste in men, Kylie's looking for a guy whose moniker is a secret acronym, and since Tyga (Thank You God Always) is *potentially* old news, we suggest someone with the name LYLAS. Guys?