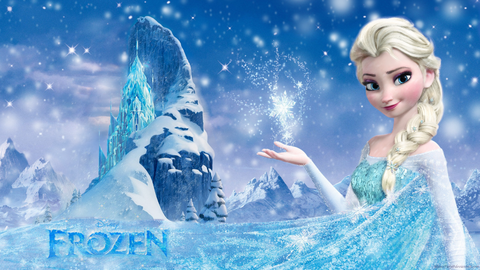 Just when you thought you might get a brief reprieve from children belting "Let It Go" around every corner, Disney announced today that it plans to bring a staged musical adaptation of Frozen to Broadway in Spring 2018, The New York Times reports.

Disney has not yet graced us with the cast or exact production dates, but the musical will feature the film's songwriters, Robert Lopez and Kristen Anderson Lopez. The film's screenwriter and co-director Jennifer Lee will write the book for the adaptation, and director Alex Timbers (Peter and the Starcatcher, Mozart in the Jungle) is attached to direct it.

You can learn more about the upcoming musical on the official website. See you in the ticket line.

This content is created and maintained by a third party, and imported onto this page to help users provide their email addresses. You may be able to find more information about this and similar content at piano.io
Advertisement - Continue Reading Below
More From Celebrity
Twitter Is Slamming Kylie Jenner's Water Pressure
Kate Had a Big Regret About Her Engagement to Will
Advertisement - Continue Reading Below
An Attack Dog Once Mistook Will for an Intruder
The Queen Is Still Prince Harry's Mentor
Doug Emhoff Reacts to Kamala Harris's Googling Him
Harry Was Homesick for a While, But Is Happy Now
Chrissy Teigen's Therapist Inspired Her New Hobby
J.Lo Claps Back After Botox Comments
Katie Just Posed in a Shirt Her Boyfriend Designed
Meghan Wasn't Appreciated for Royal Contributions