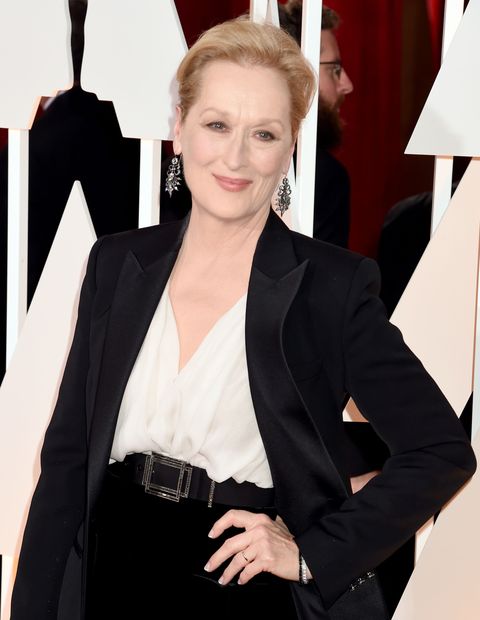 Meryl Streep was given some serious internet side-eye and sparked a dozen think pieces when, as it was reported, she answered a question about the all-white Berlin Film Festival jury by noting that: "We're all Africans, really."

But the actress says that she was misquoted and the piece that spawned the frenzy was misreported–and that she's *not* apologizing for bad journalism. In an essay for the Huffington Post, Streep articulated her desire to set the record straight.

"Contrary to distorted reporting, no one at that press conference addressed a question to me about the racial makeup of the jury," she wrote. "I did not 'defend' the 'all-white jury,' nor would I, if I had been asked to do so. Inclusion—of races, genders, ethnicities and religions—is important to me, as I stated at the outset of the press conference."

"In a longwinded answer to a different question asked of me by an Egyptian reporter concerning the film from Tunisia, Arab/African culture, and my familiarity with Arab films specifically, I said I had seen and loved Theeb, and Timbuktu, but admitted 'I don't know very much about, honestly, the Middle East...and yet I've played a lot of different people from a lot of different cultures,'" she continued. "'And the thing I notice is that we're all—I mean there is a core of humanity that travels right through every culture, and after all, we're all from Africa originally, you know? We're all Berliners, we're all Africans, really.'"

And there you have it, the real truth behind the statement that sparked much outrage. Here's hoping the explanation travels as far as the misquote did.