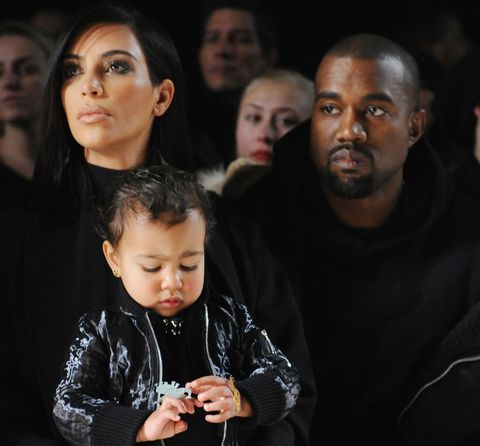 Because being on TV is only half the battle, Kim Kardashian is documenting her life via Snapchat, and when we say "her life," we mean the movements of her husband, Kanye West. Kim's snaps mostly feature Kanye rapping/sleeping, but she managed to capture some rare footage of him smiling during Rob Kardashian's birthday party. The reason? Being a dad.

It's pretty hard not to grin at Kanye's reaction to North—unless your name is Kim Kardashian, that is. The selfie veteran managed to maintain peak pout during this video even while saying the word "cheese."

Her focus is truly admirable.