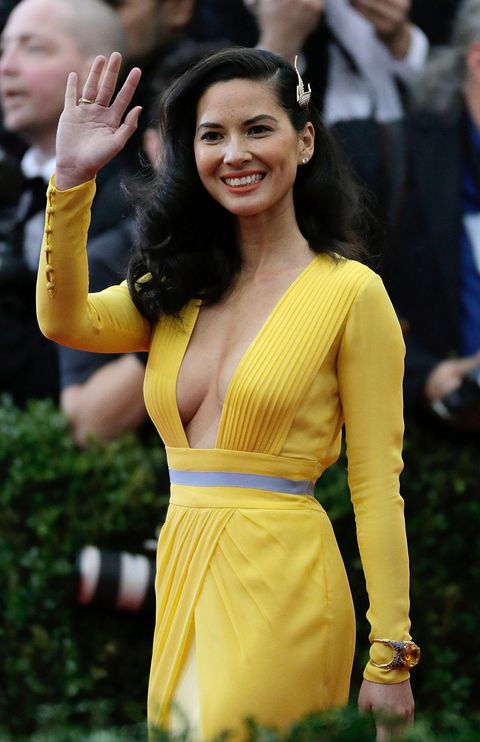 Olivia Munn plays Psylocke in X-Men: Apocalypse, a film she agreed to be in thanks to the fact that she has some seriously awesome fight scenes. And considering that the superhero genre is largely dominated by dudes, Munn's request to be badass seems legit. But getting there? Yeah, that took some time.

The actress recently told American Way that she was also offered a role in Deadpool, which she turned down expressly because she didn't want to play "the girlfriend." It was this discerning decision lead to her ultimate casting in X-Men.

"I said, 'Is there a fight scene?' " she recalls of the Psylocke casting process. "The fight scene could be her monologue. I thought Psylocke was always one of the most lethal characters, and I said, 'Yes, as long as you're not using her to be the eye candy. She has really powerful abilities.' And they said, 'Yes, that's an important part.'"

No offense to Deadpool, but 💥  BOOM 💥  this what we love to see from women in Hollywood.