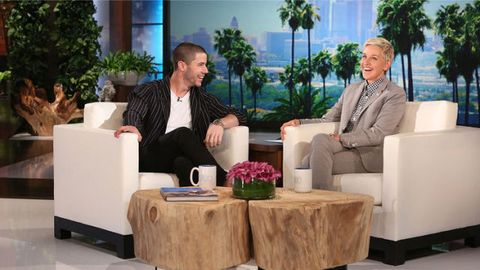 Nick Jonas, man who once starred in Disney's Camp Rock and sang a song about cheese, recently made an appearance on The Ellen Show and talked about what else? His rumored relationship with Kate Hudson.

While Nick told Ellen that he's single (to quote: "I really am"), the conversation was imbued with all kinds of innuendo about the state of affairs between himself and Kate.

Nick: "She's great. We had a group dinner the night before the Met Gala with lots of people. And she was there and I was there. But it was a group."

"Uh-huh, whatever," is how all celebrity interviews should end from here on out. It has been decreed.