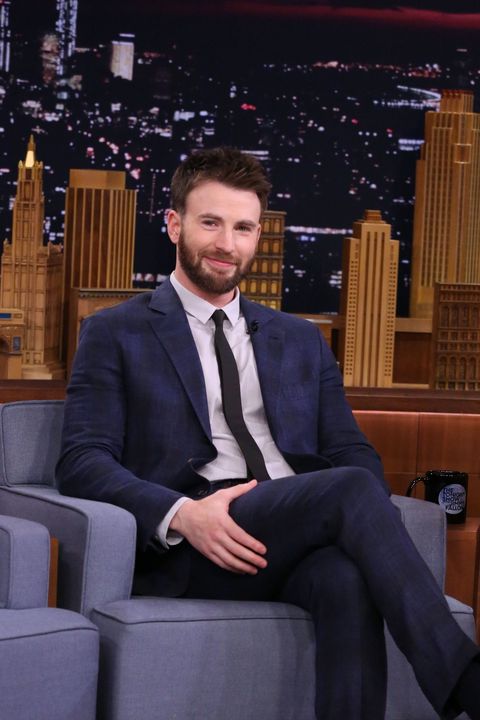 In a world where it's news that Black Widow—who still doesn't have her own movie franchise, mind you—makes as much as Captain American and Thor, it is nice and helpful when Captain America himself steps up like "Yeah, there is still definitely a gender wage gap in Hollywood."

During an episode of Chelsea Handler's Netflix chat show, Evans joined costar Emily VanCamp in arguing that it's important to publicly acknowledge the gender inequality "ubiquitous" in Hollywood.

"It's not even about the contracts [or pay]," the competent "Single Ladies" dancer said. "If you look at that project there's probably about nine roles guy roles and one girl role. So even before you get to the point of money, there's already an issue going on underneath."

Hear, hear. Now someone go tweet that at Jeremy Renner every half hour until he gets it too.

Chelsea Peng I'm Chelsea Peng, the assistant editor at MarieClaire.com.
This content is created and maintained by a third party, and imported onto this page to help users provide their email addresses. You may be able to find more information about this and similar content at piano.io
Advertisement - Continue Reading Below
More From Celebrity
Ariana Grande Got Married Over the Weekend
Ariana Grande Quietly Married Dalton Gomez
Advertisement - Continue Reading Below
Joie de Tracee
Jennifer Lopez and Ben Affleck: Everything We Know
Harry & Oprah's Mental Health Doc Has a Title
Serena Williams Might Miss the Tokyo Olympics
Jennifer and Ben Have "Unreal" Chemistry Together
The Sussexes Marked Archie's Bday in a Lovely Way
Queen's Cousin Accused of Selling Access to Putin
Meghan Wore a Meaningful Necklace for Vax Live